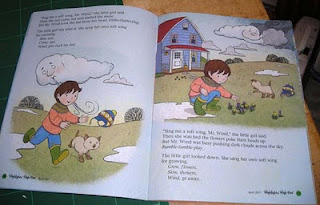 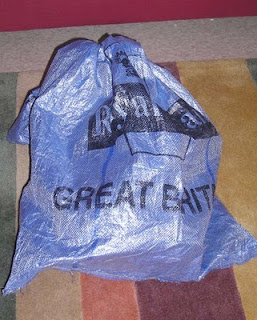 Okay, this could be the start of a writing exercise.

The other day, I received a little orange tickets in my mailbox telling me that there was a package waiting to be picked up at the local post office. The next day, I went down and presented my ticket to the man at the counter. After a few minutes, he returned plopped a large heavy blue sack on the counter. Ummm, really? for me?? The bag read, "Royal Mail - Great Britain" and it was held closed with a heavy plastic tie. There was a customs tag fastened to the bag. Yep, that was my name and address on the tag. I jokingly asked the man if there was something alive inside. Deadpan, he said, "dunno, but whatever it is, it's yours now." When I got home, I cut through the plastic band and inside was...

Well, luckily it wasn't alive. But it was still something exciting. It was advanced copies of the new book I illustrated, "Don't Panic, Annika!," written by Juliet Clare Bell and published by Piccadilly Press of London. Sadly, this book is not being sold in the US at this time. It's available in the UK through Piccadilly Press and it's also being published by Koala Books in Australia and De Vries Brouwers in the Netherlands. 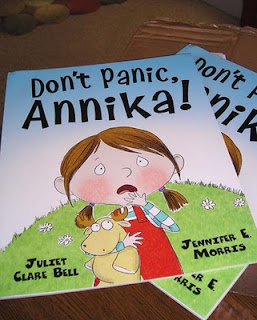